The Toxic Rise of Cancel Culture 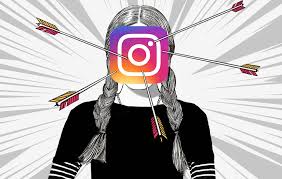 Thanks to social media platforms, such as TikTok, Twitter, and Instagram, rumors now circulate at an accelerated rate, and ordinary people have more chances than ever before to express their opinions . As a result, the trend of “canceling” public figures, brands, or even just average people has grown immensely in recent years.

Cancel culture refers to a form of online shaming coupled with the calling out and withdrawing support from someone or a group for saying or doing something deemed offensive, inappropriate, or problematic. At first glance, this strategy makes sense. We need to hold people accountable and place blame where it’s due, but I doubt this singling out actually promotes growth by learning from mistakes. In reality, it shames people into hiding as well as increases division and negativity.

Makeup artist James Chalres was canceled in May of 2019 after fellow beauty guru called him a predator. Although Charles was proven innocent of these allegations, in just one weekend he lost nealy ¼ of his following. JK Rowling, Ellen DeGeneres, Lea Michele, and Lana Del Rey are among some of the other famous faces to find themselves recently cancelled and ostracized on social media.

Jill McCorkel, a sociology professor at Villanova University, explained to the New York Post that cancel culture, “…reinforces, at a time of political division, a sense of shared solidarity, at least among the people who are doing the canceling… It’s psychologically intoxicating to feel part of a group and to feel a part of something larger than yourself.”

It is extremely easy to add to the hate and negativity with popular sayings, such as “#isover.” People’s desire to bandwagon trends and feel included fuels cancel culture, which leads to harmful results because people attribute positive feelings with cancelling and belittling someone else.

By and large, cancel culture is a toxic way to hold people and groups accountable, which, in the end, leads to shame and division and not genuine change.