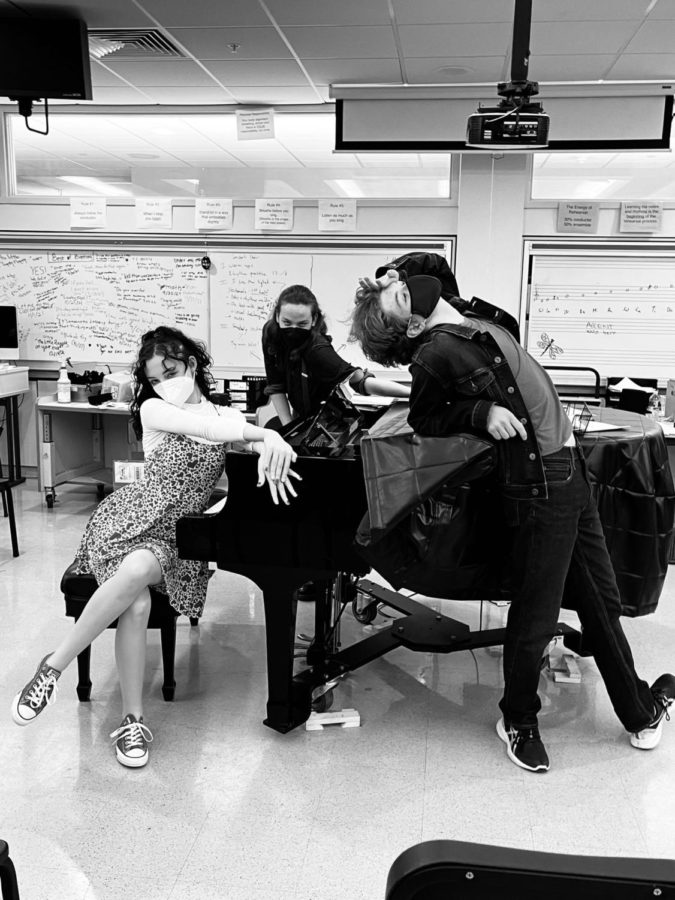 Love was in the air on Monday as the LS choral program carried on its time-honored tradition of Singing Valentines, during which a gaggle of red-clad students bursts into a classroom at an impromptu time to serenade a special someone.

“I was looking to create traditions that would give the LS students a sense of pride and belonging,” says Michael Bunting, LS choral director, on why he started the Singing Valentines program in 2011. Bunting adds that he got the idea from his own experience in Singing Valentines growing up in Lexington.

For $5 apiece, students sent messages to a special someone to be delivered in the middle of class. Song choices were particularly diverse this year, as they ranged from Billy Joel’s “The Longest Time” to Abba’s “Honey Honey” to even a rendition of “Fallin’ For Ya” from the Teen Beach Movie soundtrack. All were met with high praise from students and teachers alike – perhaps boosted by the fact that students were eager for an escape from doing math problems, however short.

Singing Valentines member Mia Gullotti shares Molina’s sentiment. “It was a really fun experience to get to see the reactions on people’s faces and to interrupt classes and maybe make people a little embarrassed, but in a good way,” she says.

Mr. Bunting also encourages those who are intrigued by Singing Valentines to join LS Concert or Treble Choir, as anyone in either of those groups is eligible for Valentines by audition. “Singing is a learned skill, and you do not have to be Beyoncé to sign up; join the group and give it a try!”