Students and Staff Weigh In On Bus Issues 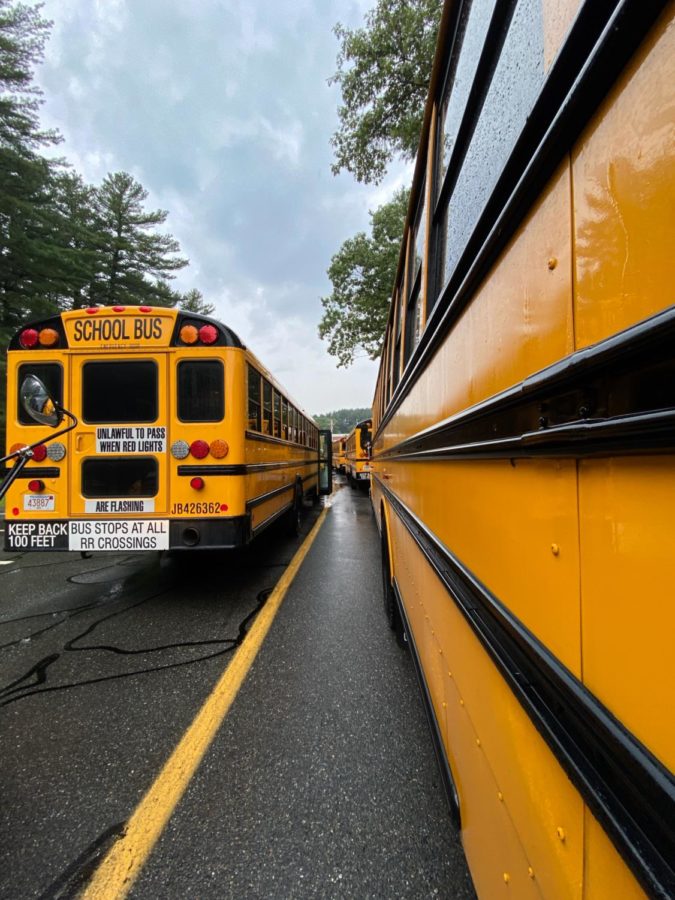 Many kids have been arriving late to school due to bus issues. From the first day of school, many of the buses have been arriving late. In an e-mail from Bella Wong sent on September 28th, she announced that the start time of school is changing from 8:25 to 8:30, and the passing time between classes will only be four minutes instead of five. The school day will still end at 3:14. Many people are wondering if this will be enough time to resolve the bus issue or if it will continue to cause problems. Also, is four minutes of passing time enough, or are

kids going to be late to even more classes? I asked a student and teacher for their opinion.

One student, Liza Kirk, says, “I honestly don’t know if 5 minutes will solve the problem. My worry is that the bus driver will see that school starts later and start arriving later, which wouldn’t really solve anything.” In contrast, a teacher, Lisa Lupinacci, states that “5 minutes will resolve the problem.”

Many people are wondering if 4 minutes of passing time is going to be enough. Kirk says, “Four minutes seems okay for passing time, the only problem would be if you had to use the restroom and go from A400’s to C100’s.” Meanwhile, Lupinacci states, “In my experience, students either arrive to class on time or they don’t, regardless of passing time. I think that most students will manage with 4 minutes of passing time. Of course, there will be times when the place they’re coming from is far enough away from where they’re going that they might be a minute late. However, I think LS teachers are pretty reasonable and flexible people, and as long as the same student isn’t late every single time to a particular class, I suspect it will all be okay.”

I asked Lupinacci if their curriculum is getting messed up because they are waiting for all the kids to get to class. Their answer was, “I can only speak for myself. I don’t feel that the curriculum is getting messed up. I have an agenda set up on the board so that when any student arrives they can see what we’ve already done and what we’re working on at the moment. I make a point of checking in with students who arrive a bit late because of the bus issue to bring them up-to-speed, and of course, the students have to take on the responsibility of asking about what they’ve missed.”

In the end, we will just have to get used to the new changes in the schedule.