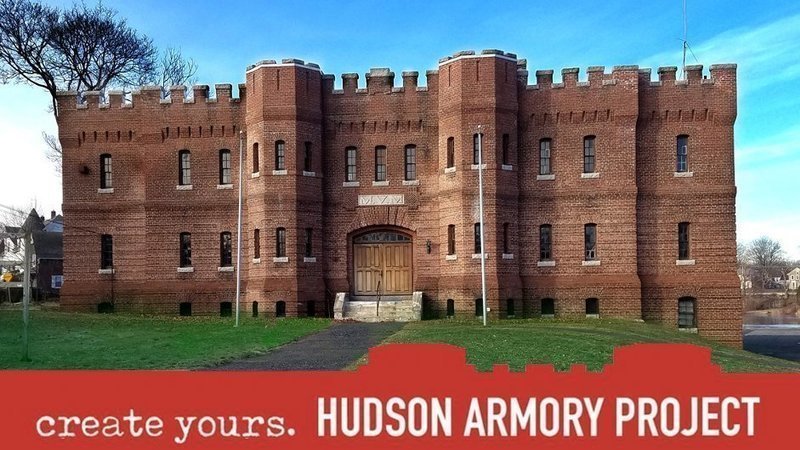 The Hudson Armory Project is currently working to preserve the Armory in downtown Hudson, next to the Assabet River, and transform it into an arts center. The Armory’s original purpose was a training center for the Massachusetts Volunteer Militia. It was designed in 1910 by Mulcahy & McLaughlin of Boston, two architects who later went on to design Fenway Park in 1912. It is now known as a former Massachusetts Army National Guard Armory. Back in 2018, Massachusetts publicized that it was interested in selling the Armory and offered Hudson the first chance for an offer.

Interested in this offer, a group of Hudson residents came together and formed the Hudson Cultural Alliance. This all-volunteer charitable organization launched the Hudson Armory Project in 2019. To formalize this project, they needed the support of the Board of the Selectmen in order to apply for a $200,000 capital grant from the Massachusetts Cultural Counsel to purchase the Armory.

The Hudson selectmen voted and approved this, while also making it clear that no taxpayer money or money from the town would be contributed toward this project. The Project created a plan with three detailed phases. Phase one plans to acquire the Armory from the Massachusetts government, which will cost $230,000 to $250,000. This phase is expected to be completed in Spring of 2021. The second phase plans to rehabilitate the Armory building and is estimated to cost around $1 to $2 million; however, depending on fundraising, this cost could change. Phase two is planned to be completed in 2023. The third and final phase is the operation of the building and is estimated to cost around $50,000 to $100,000 each year.

When the rehabilitation is complete, this building will be used for a variety of arts including theater, concerts, artist studios, gallery space, and to host different events for the community. Currently, the Hudson Armory Project is still in phase one and they are trying to raise the needed amount to attain the building.

If you are interested in this project, see the link below for information about donations and project completion.